Sleep apnea proves no match for this powerhouse

Steve Brown, 56, is a busy, active guy, with energy to spare. A retired New York City firefighter, Mr. Brown mows a big lawn and chops wood to heat the house on his 154-acre farm. He works out every other day, enjoys riding his motorcycle and describes himself as “on-the-go, 24/7.”

But even with constant movement, Mr. Brown never slept through the night and he was beginning to wonder why. “I never slept well, but I just thought it was my personality,” he says.

He figured his age might be a factor, as plenty of his friends complained of poor sleep. And they’re in good company with others who say they don’t sleep well — up to 70 million Americans according to some estimates. Still, Mr. Brown never considered his sleep issue might be a real problem.

At the urging of his brother, who was diagnosed with sleep apnea and had since found great relief from treatment, Mr. Brown called the UHS Sleep and Neurodiagnostic Center in Binghamton and was scheduled for an in-center sleep study.

Medical Director Daniel Rifkin, MD, treats patients with a variety of sleep disorders at the UHS Sleep and Neurodiagnostic Center. While the comprehensive center treats patients with all kinds of sleep disorders, such as restless leg syndrome, narcolepsy, insomnia and others, sleep apnea is the most common, and it’s not just an annoyance. According to Dr. Rifkin, “If left untreated, sleep apnea can have tremendous effects on your health.”

Sleep apnea is serious and potentially life-threatening. Fortunately, it’s also common and very treatable. It’s more common in men, and recent estimates place 18 million Americans as sufferers. Obstructive sleep apnea is the more common of the two types of sleep apnea, and is caused by an airway blockage, usually the soft tissue of the throat collapsing or closing. Obstructive sleep apnea results in fragmented sleep and loud snoring, among other problems. Central sleep apnea, where the brain doesn’t send the right signals to the breathing muscles, is less common but also treatable.

The UHS Sleep and Neurodiagnostic Center is the only sleep center in the area accredited for home sleep studies by the American Academy of Sleep Medicine (AASM), which reflects the center’s commitment to each patient’s quality of care. Home-based sleep studies are relatively new and are making it easier for patients who may live further from the center, be uncomfortable spending the night away from home, or have other medical issues that preclude a night away.

According to Rich Fabian, registered respiratory therapist (RRT), the sleep center offers a team approach to the diagnosis and treatment of sleep disorders. Technicians in the center administer the tests, and Physician Assistant Lynn Chamberlin, Dr. Rifkin and, starting in May, Maciej Nowakowski, MD, analyze results from either home or in-center tests and provide a customized plan of action for each patient. Patients can work with UHS Home Care for their treatment supplies, or may choose other suppliers. 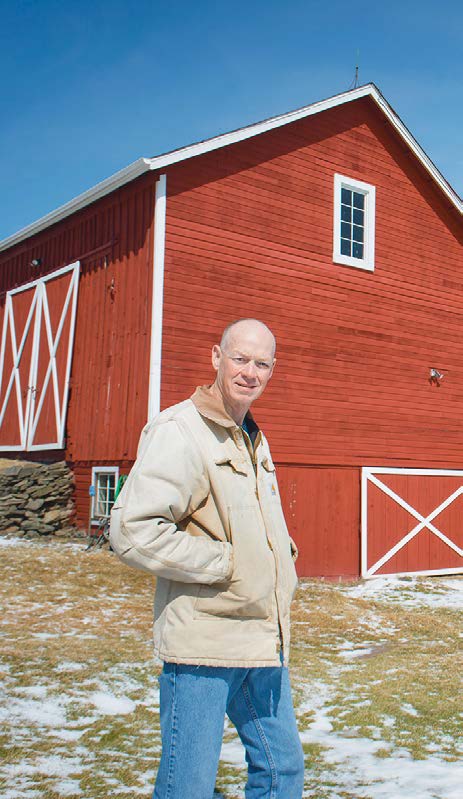 When Mr. Brown woke up from his sleep test at 5 a.m., he figured he hadn’t done too poorly, but when he discussed his results with the physician, he learned he’d woken up approximately 32 times per hour. “I was stunned,” he says.

While in some cases behavioral changes alone may be able to change sleep patterns, when Mr. Brown was diagnosed with obstructive sleep apnea, he was prescribed a CPAP device to help him breathe more easily. This device consists of a mask worn over the nose during sleep, with an attached machine that regulates air pressure, forcing air through the nasal passages and keeping them open while the mask is worn.

Mr. Brown worked with the specialists at UHS Home Care for his CPAP equipment. The Home Care staff is available to answer questions on therapy or equipment concerns, and even insurance billing questions. “They were amazing. They sent me home with a machine, and I didn’t have much trouble adjusting to it at all. It’s been a godsend,” Mr. Brown says. “Now I usually wake up only once per night. Before, I just continually woke up and I never knew why. Because of my success, I’ve encouraged several of my friends to go for testing.”

Could it be sleep apnea?

While there are myriad reasons for lack of sleep, such as stress, poor health, money or family issues, pain, or even having a newborn, chronic and constant poor sleep can take a serious toll on health.

When sleep apnea — a common and treatable condition — is the cause, you’re at an increased risk for diabetes, high blood pressure, heart disease and stroke. Because sleep patterns are so disrupted with sleep apnea, your concentration and focus on everyday tasks can suffer. In addition, consequences of untreated sleep apnea include depression, irritability, memory difficulties, sexual dysfunction and falling asleep at inappropriate times. A spouse or partner is often the first to notice your poor sleep habits, so ask if he or she has observed anything unusual.

If you’re feeling tired during the day or feel like you’re not getting enough sleep, ask your primary care physician about a referral to the UHS Sleep Center for possible testing. Some of the signs that you may require treatment for sleep apnea include:

Talk with your primary care physician for a referral to the UHS Sleep and Neurodiagnostic Center in Binghamton, or call 762-2048 to learn about Sleep Center services.